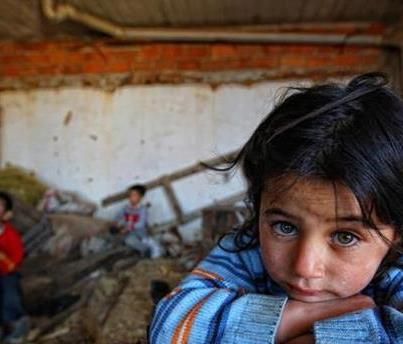 This year my mother hosted an incredible Seder, and asked us, as it’s participants, to write about what freedom meant to us. My cousin Reuben delivered a powerful message about the commandment to remember that we, too, were slaves in the land of Egypt, a commandment that is given to ensure that we don’t treat others as we were once treated, and that we act with empathy towards those in need of it most. His words hit home for me. The night earlier, I had seen an off-Broadway play called “If I forget.” The antagonist of the play is a misunderstood left-leaning professor, who cries for American Jewry to stop clinging to the Holocaust as an excuse for Israel’s behavior. At first, to be honest, I was offended by the play. On further reflection, the hidden meaning of the play became apparent. Like all great works of art, there are layers that must be peeled back to uncover true meaning.

For as long as I can remember, I have been an advocate for the Jewish people, obsessed with the historic suffering of our nation. I read vast amounts of books about the Holocaust as a child, spoke out against anti-Israel bias in the New York Times, and ultimately joined the IDF to defend the state of Israel. In May of 2012, I have a distinct memory of skyping into my family’s sedar at 5 AM before my shift of guard duty on the Egyptian border. But as I sat at my table last night, having now been out of the IDF for longer than I was in it, while I remain a reservist, it occurred to me that my mission must now change.

There is something special about the commandment to remember our slavery in Egypt. It is said that he who speaks about our time as slaves in Egypt the most should be praised the most. Last night I asked myself why our religion should dwell so specifically on that particular case of subjugation, when as a people, we have been subjugated for most of our history. Why didn’t the sages switch our focus to something more modern? Why not choose a more accessible example?

I have a theory. Our slavery in Egypt is abstract. As anyone with a GPS knows, it would take about 6 days to walk across the Egyptian desert. 40 years? And the 10 plagues seem like fantasy. The parting of the seas? The Angel of Death? How can we truly connect with this story? Wouldn’t the story of our suffering under the Romans make more sense, which ended with the plausible fall of their empire at the hands of the Germanic tribes? Of course it would.

Regardless of your beliefs about the Torah, from where I sit today, the plagues of Egypt seem more like fiction to me than non-fiction. It’s not to say I don’t believe they happened – but it is difficult for me and many others to imagine them. And maybe that’s the point. It is fictional reading, not non-fiction, that has been proven to increase empathy. Perhaps our job is not to be narrowly focused on the genocide of our people in the 20th century. I do not make light of the tragedy we suffered, nor of the strength we had to summon to emerge from that dark period and build a nation from the ashes of our nation. This we must truly never forget – but nor can we confuse memory with action. I denounce the idea that because we suffered, we are exempt from preventing the suffering of others. I believe our job is to view slavery and suffering through broader lenses; a lens that allow us to realize that the commandment never to forget our enslavement extends beyond the Jewish people. And if we adopt that view, then we must come to terms with a sad reality: thus far, we have failed. I, personally, have failed to uphold my responsibility to remember our enslavement.

As Jews, the phrase we are taught from a young age in connection with the Holocaust is, “Never again.” It is not, “Never again to us.” Several weeks ago, I accompanied my sister through the Concentration camps of Eastern Europe. Outside the gates of each camp was a gate with the words: “Arbeit Macht Frei.” Work Will Set You Free. That message was a lie for those who read it on the way into those camps, whose only way to freedom was in death. But today it is a message to the living. Your work, our work, is what will set their memory free. Our work to ensure that “Never Again” is not an empty phrase, but a call to action.

As the Director of the Auschwitz memorial wrote on the 70th anniversary of the camp’s liberation,

This Passover, let us extend “Never Again” beyond our own people, and take up the fight for those whose slavery continues to this day, as we remember that we, too, were slaves in the land of Egypt.