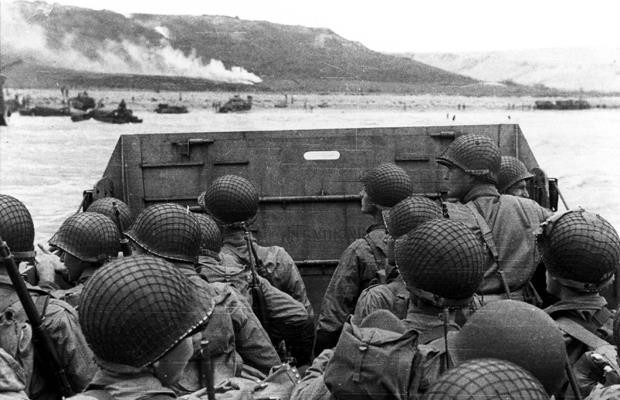 On this day, 71 years ago, at approximately 6:30 AM, Allied troops began their historic assault on Normandy beach in an effort to free France and Europe from the Nazi war machine. Nearly 9,000 men lost their lives in so doing. Most of the men that boarded those ships, bound for an assault on an impenetrable beach, exited their vessels under a stifling rain of gunfire from well entrenched Nazi positions, quite certain that that day would be their last one on this earth. They did so with the hope that their sacrifice would create a better world for their families; one in which democracy and free-thought would win out over dictatorship, oppression and tyranny.

71 years later the world is engaged once again in a battle: today, radical Islam, not Nazism, is the face of that tyranny in its subjugation of women and minorities, and oppression of those that subscribe to a different set of ideals. Let us remember today and every day the brave sacrifices of those who decided on that fateful day in June, and in every battle of World War Two, that the fight for our values was one worth fighting, and even dying for.

If you have a moment today, close your eyes for a second, and place yourself in the opening scene of “Saving Private Ryan.” Think about the fear, about the adrenaline, that might be surging through you if you were on a boat bound for Omaha beach. Listen to the sounds of machine gun fire raking the water in front of you. See the scared faces of your brothers in arms packed into the boat to your right and left. Think about what is so important to you that you would sacrifice your life in it’s cause. And think about the things you might have wished you’d said to your loved ones and friends, knowing their was a good chance you would never leave that beach alive. And now ask yourself: What are you waiting for?

Don’t wait for a meeting with death to remind you how you should live.

To all the men and women that have donned the uniform in defense of America, today and every day: Thank you for your service.

2 thoughts on “Lessons from Normandy”