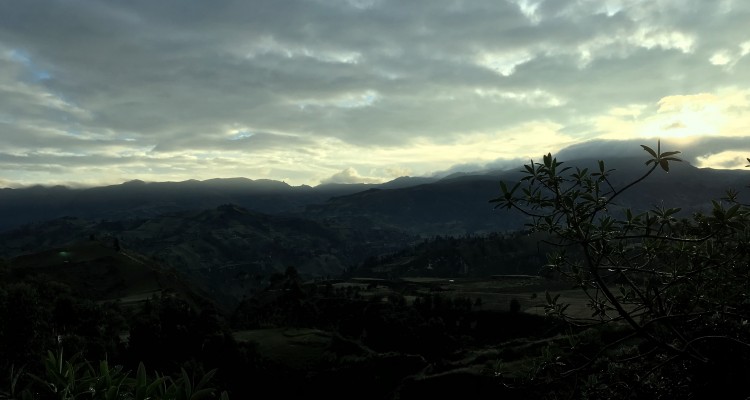 Thank you for the inspiration to write this. You told me that being vulnerable wasn’t in your nature, and that you were going to try something new as a way of working through a difficult few months. Your courage gave me courage, so I wrote down some things that are not so comfortable to admit. After I wrote this letter several weeks ago, it sat in a folder on my desktop, but after watching Brené Brown’s Netflix special on vulnerability (“The Call to Courage”), I decided to share these thoughts with whoever decides to read them.

I identify, in ever-changing order, as a Jewish American Israeli (the latter by choice, not by birth). I have been busy since graduating college. I have served in the military, lived abroad, worked for young, innovative companies and grown up with them, and had several meaningful romantic relationships. I am blessed with a loving, inspiring family, and I am a citizen of 2 Democratic Nations, where I can speak my mind without fear of persecution. In my estimation, having had these experiences, and lived these realities puts me in the top .1% of the luckiest people that have ever walked planet earth, and so it is not without hesitation that I voice any discontent. But if I am being honest, I am not always as happy as these advantages would suggest I should be.

I wrote out my personal mission statement about 6 months ago in an attempt to become a better version of myself. As someone living with ADHD, I know that what I am not pro-active about will often be pushed aside, and I was tired of retroactively wondering why, in a given situation, I acted out of emotion, rather than taking a moment to pause, and saying/doing the thing that was in line with the person I am striving to be.  Some days, I feel like I’m living up to my directive of becoming a better me. Other days, I wonder when I will ever reach a point in life when it stops; “it” being that feeling that you are chasing something that you will never quite reach. In my twenties, I felt like if I ran far enough fast enough, I could outrun my existential angst – the feeling of unrest about discovering my purpose that seemed to catch me whenever I stopped running.  As I move through my early thirties, I have accepted that the place I am chasing is not reachable by plane, but is rather an internal place; a place of inner peace, where I am happy with what I am doing, and with whom I am doing it. Thanks to the same friend that inspired me to write this, I started a 45-day meditation challenge a few weeks ago. I am curious to know how and if it will rewire my brain. Thus far, I have felt the ability to recognize thoughts that do not serve me as they enter my mind, and sometimes, to let them go.

Over the years, the things that cause that existential angst have changed. When I was in my twenties, after I got out of the Army, it was related to attaining things for myself – money, travel, and freedom. What I’ve come to learn over the years, through experience and dozens of books on the subject, is that nobody ever got happy chasing things for himself. We are happiest when we are serving others. Today, I care about mentorship, and contributing to positive change in my community and in Healthcare. I care about leaving a legacy, and my relationships with friends and family.

I was watching the sun set at a wedding in Virginia a few weekends ago, and the thought popped into my mind that the towering tree at which I was starting had likely been alive long before me, and would be alive along after I am gone. I wondered how many sunrises it had seen, and how many people had sat in its shade contemplating problems that seemed so large to them at that time, which have since faded into the realm of the forgotten. I once heard maturity described as turning your windows into mirrors; instead of looking inward at yourself, as you mature, you look outward, at others, and at the world. In some ways, it seems that focusing on the world’s problems is an answer to one’s own, because it pulls you out of your own narrative, and allows you to see the big picture, and how small, in most cases, your problems are within it. I thought as well about what’s actually important, rather than what seems important. In the twilight of people’s lives, when the last light of the sun has nearly faded, what gives them peace? One of my favorite quotes from “Tuesdays with Morrie” is when Morrie tells Mitch the following:

“As you grow, you learn more. If you stayed at twenty-two, you’d always be as ignorant as you were at twenty-two. Aging is not just decay, you know. It’s growth. It’s more than the negative that you’re going to die, it’s also the positive that you understand you’re going to die, and that you live a better life because of it…So many people walk around with a meaningless life. They seem half-asleep, even when they’re busy doing things they think are important. This is because they’re chasing the wrong things. The way you get meaning into your life is to devote yourself to loving others, devote yourself to your community around you, and devote yourself to creating something that gives you purpose and meaning.”

Thinking about dying forces you to think about your life in finite terms, rather than in hyperboles like “endless possibilities.” It forces you to take stock of your life, and reflect on the things you are proud of, and those things you should be doing differently to spend your limited time here in a more meaningful way. And that process can suck. As Mark Mason writes, “Self-awareness is like an onion. There are multiple layers to it, and the more you peel them back, the more likely you are going to start crying at inappropriate times.” I have realized that the moments I am least proud of are those in which I tried the hardest to feel important, in whatever capacity that meant at the time, rather than simply trying to make a difference for the sake of impact. There are quite a few examples that come to mind over the last few years. On a positive note, I am, I believe, finally figuring out which things are worth spending my time doing regardless of whether or not I get a title, or recognition. It turns out that like fly balls, responsibility is best when taken of one’s own initiative, rather than just given (“I got it” > “You got it”). I am doubling down on my relationships with friends and family, and spending my working hours at a job that serves a higher purpose. I am not yet where I want to be, but I am striving to get closer to that place each day. I know that the goal post of self-realization will keep moving, and that I will never quite get there, but I also know that does not excuse me from trying.

As I was biking through Westchester last weekend, I rode through a forest with a beautiful tree canopy, and was transported to a time a decade ago when I was running through a forest at Camp Echo Lake, chasing after my campers. The world seemed so big back then, and the possibilities for my future so endless. My immediate future was spoken for – I would be joining the IDF after graduation, but thereafter I was unsure where I would live or what I would do, and what kind of life I would have. In those days, I assumed that I would be married with a family by the age of 30. As I come up on 32, still single, I must admit that I did not expect to be here. I have 5 weddings this summer, and it’s hard not to draw comparisons when those closest to you are settling down.

I want to find someone who understands and appreciates the various and at times conflicting sides of my personality, with whom I can be myself, and who can be their truest self in my presence. The fact that I haven’t found that yet at times causes thoughts to run through my head that do not serve me. A friend described meditation to me as the realization that thoughts, like feelings in our body, are sometimes just there. The presence of a thought in your mind does not inherently mean that it is an important thought, simply that it is something that occurred to you in that moment. I hope that meditation will give me the power to avoid giving things that are undeserving of my attention real estate in my mind, so I can give my attention to the things that I can control, and the things that matter.

It’s hard to be vulnerable. For the first time in a long time, I am nervous about pressing submit. But that’s why I am doing it.

One thought on “Being Vulnerable”