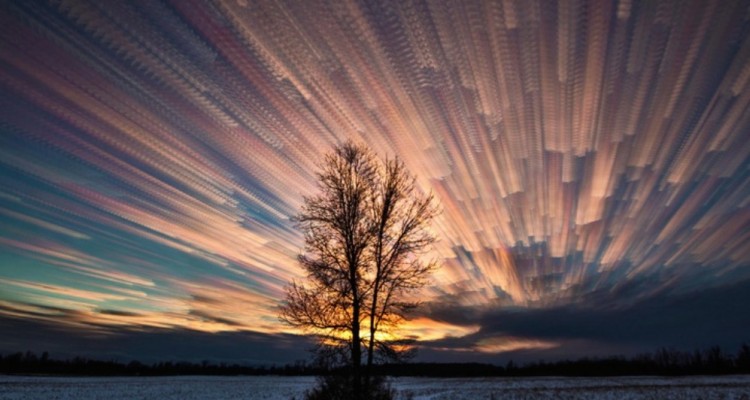 Nostalgia: The longing for something that once was, but is no longer. Perhaps a person or a place. Maybe even a single experience. That’s how we usually think about it, anyway. But is it possible to be nostalgic about something you have never personally experienced?

Have you ever looked at an old photograph taken before you were born and felt a tingle of emotion? Perhaps reflected for a moment about what it might have been like to live in that moment in time? To see the world as it was then?

I spent the first weekend in April with my grandparents, and found myself nostalgic as I listened to their stories, even though the stories they recalled occurred long before I was born. Life was harder, no doubt, when they were growing up, and yet it was simpler. When my Grandmother’s parents were born, the world was two-dimensional. Serious travel was done by train or by ship. Before they died, the human race had put a man on the moon.

At no time in human history has so much progress been made so quickly. 45 years ago there was no such thing as a personal computer. 25 years ago there was no public Internet. Today there are computers, one of which you are likely using to read this, that fit in the palm of your hand. You may be shocked (or not) to learn that there is more processing power in a Ti-83 calculator used by High school students than in the computer that landed Apollo-11 on the moon.

In most ways this progress has been positive. Technology has led to medical improvements that have almost certainly saved the life of at least one person you know, and perhaps quite a few. The world has become a smaller place. Friends and relatives can stay in touch even when separated by oceans.

But the problem with scaling too fast is that sometimes the values that were the impetus for those technical advances are undermined by the very technology created to bolster them. In the old days there was a charm to distance, both because of the new beginning it could provide, and because of the commitment required to keep a relationship alive in spite of it.  Putting the time and energy into writing a letter to a loved one overseas meant you cared about them. As much as we’d like it to, an email does not send the same message.

The telephone was meant to keep people in touch, and strengthen relationships in spite of distance. But how many times have you sat at a table where everyone was texting other people and ignoring those present? Planes and cars were meant to make the world smaller, and help us stay close to people and places that used to be out of reach. But often a spouse traveling too much for work puts stress on the one relationship that is meant to be the most important one in our lives. According to a 2012 Forbes study, 70% of Americans believe that too much travel for work can lead to a failed marriage, and 45% believed it increases the probability of affairs.

One of my favorite quotes from the book “Inherit the Wind” speaks to the cost of progress:

“Progress has never been a bargain. You have to pay for it.  Sometimes I think there’s a man who sits behind a counter and says, ‘All right, you can have a telephone but you lose privacy and the charm of distance. Madam, you may vote but at a price. You lose the right to retreat behind the powder puff or your petticoat.  Mister, you may conquer the air but the birds will lose their wonder and the clouds will smell of gasoline.’ “

To those of my generation in our mid-late 20’s, we remember the days before omnipresent cellphones. When you told someone you’d meet them at the mall in Middle School and then actually had to go meet them when you said you would, because you couldn’t text to cancel. There was a charm to the permanence of plans. For children of the early 2000’s and beyond, technology is an integral part of their earliest memories. How can they ever truly be in the moment when so many things are competing for that moment?

Before a big family dinner a few weeks ago, my brother went around with a big tray and collected all the cell-phones. After the stir this created died down, I resumed my conversation, and paid little attention to the fact that my phone was no longer on my person. But when I looked over at the kid’s table, it was clear that something was missing. Snapchat, Instagram, and photos have become a corner-stone of social interactions for their generation, and removing those tools removed a great deal of the social lubricant that they had come to rely on as a function of the world they inhabit.

There is such a thing as scaling too quickly. Have you ever tried calling Google? Or Comcast? Or USPS? At many large companies, and even at some smaller ones, customer service has been left by the wayside in the quest to cut costs and achieve scale. The fact that automated account management is an oxymoron is clear to anyone that has ever had to press a dozen buttons to get a human-being on the phone.

In business, as in life, sometimes the answer is not to grow faster, but to grow slower, and smarter, so that we can focus on the values that got us to where we are, and not risk losing site of them as we head to where we’re going. Once in a while, it’s a good idea for us to put down our phones and computers, re-examine our values and goals, and ask ourselves if the technologies we have come to rely on are bringing us closer or further from the values and goals we originally enlisted those technologies to fulfill.

3 thoughts on “The Price of Progress”