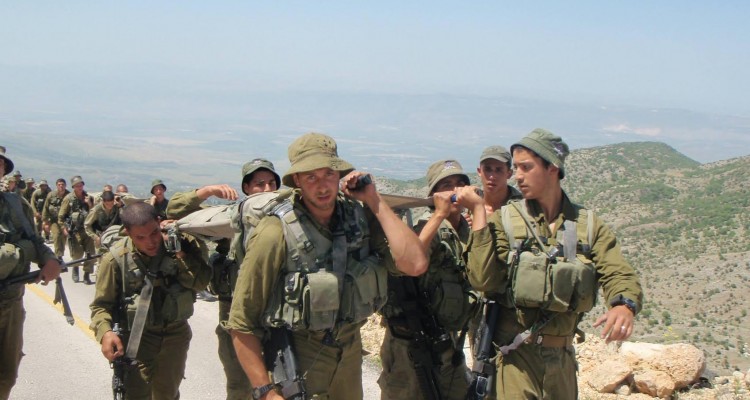 As I drifted off to sleep, my mind returned to a warm evening in March of 2010. Myself and a few of the guys that had become my closest friends over the past 4 years sat in a corner booth of Smokey Joe’s bar in Philadelphia, Pennsylvania. We were a few feet from the dance floor, where the DJ was blasting “Don’t Stop Believing” for the third time that night, though the response it inspired among those dancing indicated that nobody seemed to notice, or at the least, to care. As we drank pitcher after pitcher of beer, we reminisced about the stupid things we’d done together over the previous four years, and the memories we had made. Suddenly, I was jolted to attention by the piercing sound of a whistle ringing out from the darkness. The abruptness and volume of the sound shattered my fleeting moment of serenity, and I shot up in my foxhole, where I had drifted to sleep only minutes ago after 20 hours of drilling. Within seconds my eyes fell upon our sergeant, and in that moment, I knew that we were still a long way from bedtime. The memory of that night at Smokey Joe’s faded, and was replaced by a vision of suffering that extended out indefinitely into the future. In that moment, it was hard to imagine a time when my life would not be dominated by the overpowering shadow of the IDF’s training, which owned not only my body, but seemingly my soul as well.

Perhaps like me, there have been several mornings over the past few weeks when you woke up and forgot for a few fleeting seconds that the world is faced with a pandemic that has changed nearly everything we once took for granted – even the basic need to be close to each other. The fallout from this pandemic has demanded from us a level of personal sacrifice on behalf of our Nation’s wellbeing that most of us have not had to make during our lifetime. In considering the long road ahead of us before things return to anything that might be considered normal, it is easy to fall into a pattern of gloom and despair, as many of the joys that defined our lives until this point have seemingly been taken away from us for the foreseeable future. Social isolation is among the hardest thing for human beings – it is the very reason that solitary confinement is banned by the Geneva Conventions. I too have felt the feelings of despair and loneliness that many others have reported feeling as well. But at times, when those feelings wash over me, I sense in them a familiarity, as I remember that I have had these feelings before as a soldier in basic training. I thought it might be helpful during this difficult time to share a few of the things that got me through Basic Training that seem to be relevant to keeping my sanity during this Pandemic.

Remember your why. During basic training, I learned the true meaning of exhaustion; the kind that is so overwhelming that you fall asleep while you’re walking. We were rarely told when we would be released for the weekend, nor were we prepared in advance for the most severe physical acts, like all-night stretcher marches. We were often woken up in the middle of the night for a 2-hour hand to hand combat training session that would leave us hunched over our knees, gasping for air. We lived in constant fear of the unknown; the only thing of which we were certain was that whatever was coming would be painful. And during Basic Training, with over a year to go in our training, it was hard to see the light at the end of the tunnel. It felt at times like the sleepless nights, overnight marches, and the exhausting physical exercises would never end. Each of us asked ourselves at some point why we had chosen to draft into the special forces. Personally – I found my answer in my commitment to Israel – my unwavering belief in the right of the Jewish people to live freely and safely in their native homeland. I felt a gratitude to those who had come before me, who fought for the Jewish state, and whose blood, sweat, and tears enabled Israel to exist. I feel that same gratitude towards those who fought for the United States.

As United States citizens and residents, we are lucky to live in one of the greatest countries on earth, and have been fortunate enough to enjoy some of the greatest prosperity as a Nation that the world has ever seen. While 98% of the people who are now affected by the virus in this country, myself included, never took a vow to defend this country in the armed services, every single one of us, particularly my generation, owes a great deal of gratitude to the infrastructure into which we were born for giving us the opportunities we have had up until this point.

The people that helped to build that infrastructure, namely our parents and grandparents’ generation, are those who are most at risk of serious complications from COVID-19. Though not everyone exhibits physical symptoms of the virus, most research suggests that even without showing symptoms, we can be carriers. But most of us do not think at that scale. When I ask myself why the measures that have been asked of us are justified, I think about my parents, and grandmother, and the people in my life who contributed to my own wellbeing and the opportunities I have had, and the economic wellbeing of this country. Every person who contracts this virus is someone to someone. So when things get hard, remember your why, and the people whose safety makes our sacrifices worthwhile.

Remember that this will end. During Basic training, we lived by the second hand of a stop-watch. 5 minutes to brush our teeth and get dressed. 7 minutes to complete the ropes course. 3 minutes to line up outside the dining hall. If we completed these acts in as little as a micro-second over the allotted time, it resulted in severe punishment. When your day is divided not into hours, or even minutes, but into seconds, the days seem to last forever, and as such, the 14 months of training before us when we began Basic seemed like an insufferably long period of time. During the hard times, I reminded myself of other periods in my life that seemed as though they’d never end. Rational thinking and despair do not go together, and I’ve found that you can use the former to defeat the latter. Anyone who has ever been through a tough breakup knows that it feels like your heart will never heal. And yet, it inevitably does.

James Stockdale, the medal-of-honor recipient and highest-ranking Naval officer captured during the Vietnam war, was tortured countless times over his 7 years in captivity, and was kept for four years in solitary confinement. Despite his treatment, he continued to organize resistance, and fought for the conditions of his fellow POW’s.

When Stockdale was asked who didn’t make it out of Vietnam, he replied, “Oh, that’s easy. The optimists. They were the ones who said, ‘We’re going to be out by Christmas.’ And Christmas would come, and Christmas would go. Then they’d say, ‘We’re going to be out by Easter.’ And Easter would come, and Easter would go. And then Thanksgiving, and then it would be Christmas again. And they died of a broken heart.” He continued: “This is a very important lesson. You must never confuse faith that you will prevail in the end—which you can never afford to lose—with the discipline to confront the most brutal facts of your current reality, whatever they might be.”

The brutal reality is that our life is going to change dramatically over the next several months. We should be prepared for the very real prospect that spring and perhaps even summer will be spent mostly indoors, or at the least, away from the groups of people and social settings that we have taken for granted until now. But though it will be hard, in the end, we will prevail.

Don’t forget your why, and remember that like all things, this, too, shall pass.